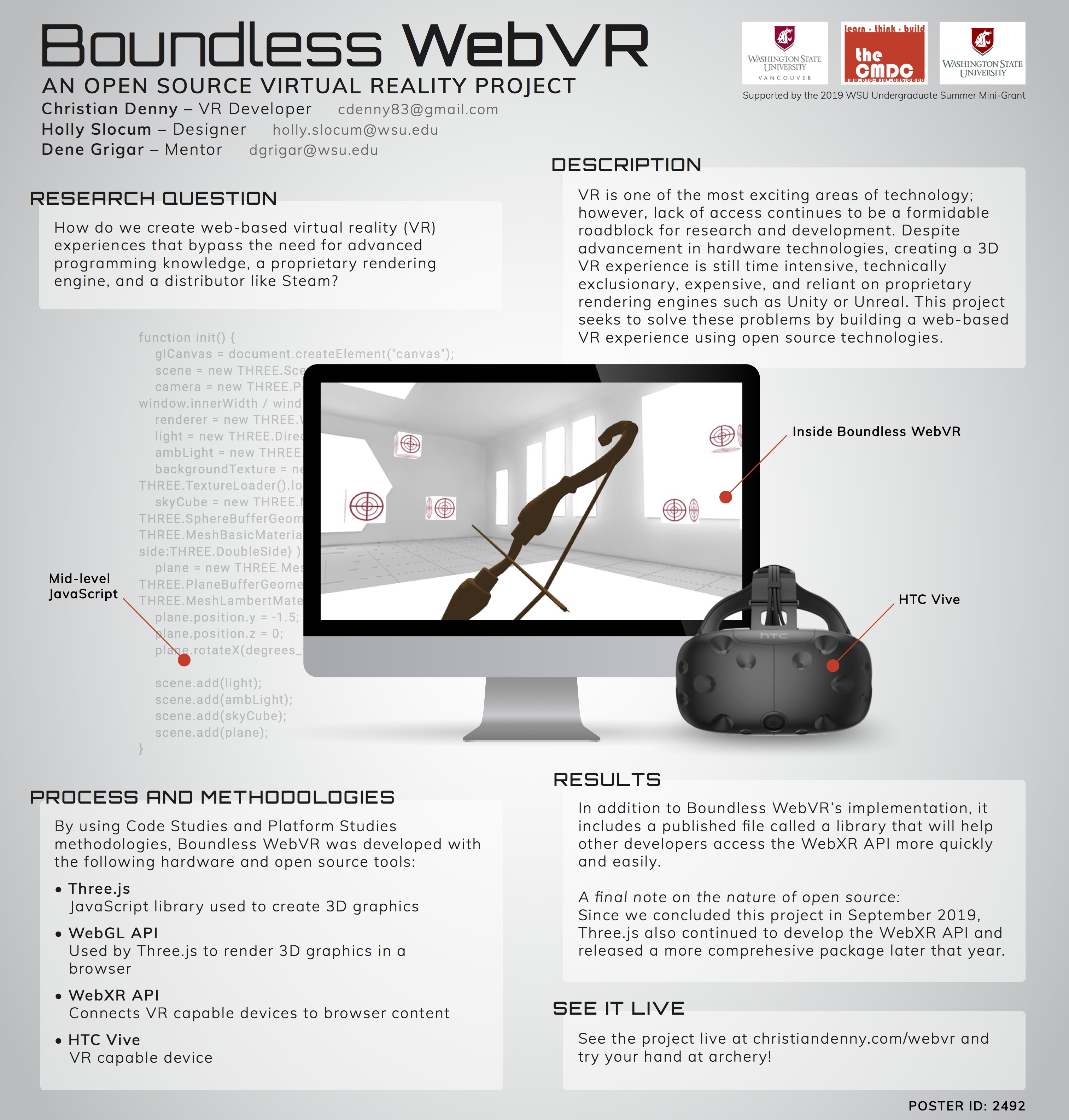 Virtual reality (VR) is one of the most exciting areas of technology; however, the lack of access to that technology continues to be a formidable roadblock for research and development. Despite advancement in hardware technologies, creating a 3D VR experience is still time intensive, technically exclusionary, expensive, and reliant on proprietary rendering engines such as Unity or Unreal. My project, Boundless WebVR, is a new approach to VR that combines the newly released WebXR Device API and the WebGL API to create a web-based, virtual 3D environment that bypasses the need for advanced programming knowledge, a proprietary rendering engine, and a distributor. In addition to Boundless WebVR's implementation, it includes a published file called a library that will help other developers access the WebXR API more quickly and easily.

Because Boundless WebVR is a website that can directly access VR capable devices, it eliminates the need for developers to pay royalties to an engine such as Unity or Unreal. Removing proprietary rendering engines not only removes royalties, but also the need for more advanced programming knowledge in C languages. In addition, the ability to host VR content on a website means developers no longer have to pay Steam, the game industry's distribution platform, to distribute content to users for download. Boundless WebVR not only provides a framework that contributes to the development of web-based VR with the WebXR API, but also makes it easier for anyone with mid-level JavaScript skills to create and publish a 3D virtual reality experience. 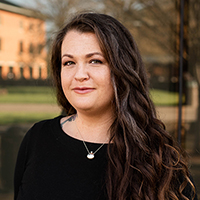 Christian Denny is an undergraduate student at Washington State University Vancouver majoring in Digital Technology and Culture and minoring in Business and English. Her interest and research focuses on programming languages, virtual reality (VR) environments and their implications in society. She is passionate about building immersive, accessible, and impactful VR experiences in areas beyond gaming. Her recent projects include Project Renovare, a Virtual 3D Exhibit for the Clark County Historical Museum and VanParksVision, an augmented reality mobile-app for the City of Vancouver Parks Department. Boundless WebVR was supported by the 2019 WSU Undergraduate Summer Mini-Grant. 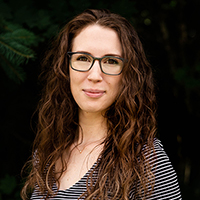 Holly Slocum completed her B.A. in Digital Technology and Culture in Fall 2019 and continues her research as Project Manager in the Electronic Literature Lab. Holly specializes in  front-end web development, design, and digital preservation. Passionate about the creative intersections of humanity and technology, her recent projects include contributions to the reconstitution of Annie Grosshan’s hypertext narrative, The World Is Not Done Yet, as well as design and web development for a forthcoming online journal, The Digital Review.