The WSU Vancouver Notable Alumni Award honors alumni who have made significant contributions to society, and whose accomplishments, affiliations, careers and/or community service reflect WSU Vancouver’s legacy of excellence. The nomination process begins in the spring, and a committee scores the nominations and chooses one notable alumna/alumnus for the year. The award began in 2014 with 25 notable alumni selected as part of WSU Vancouver’s 25th anniversary celebration. 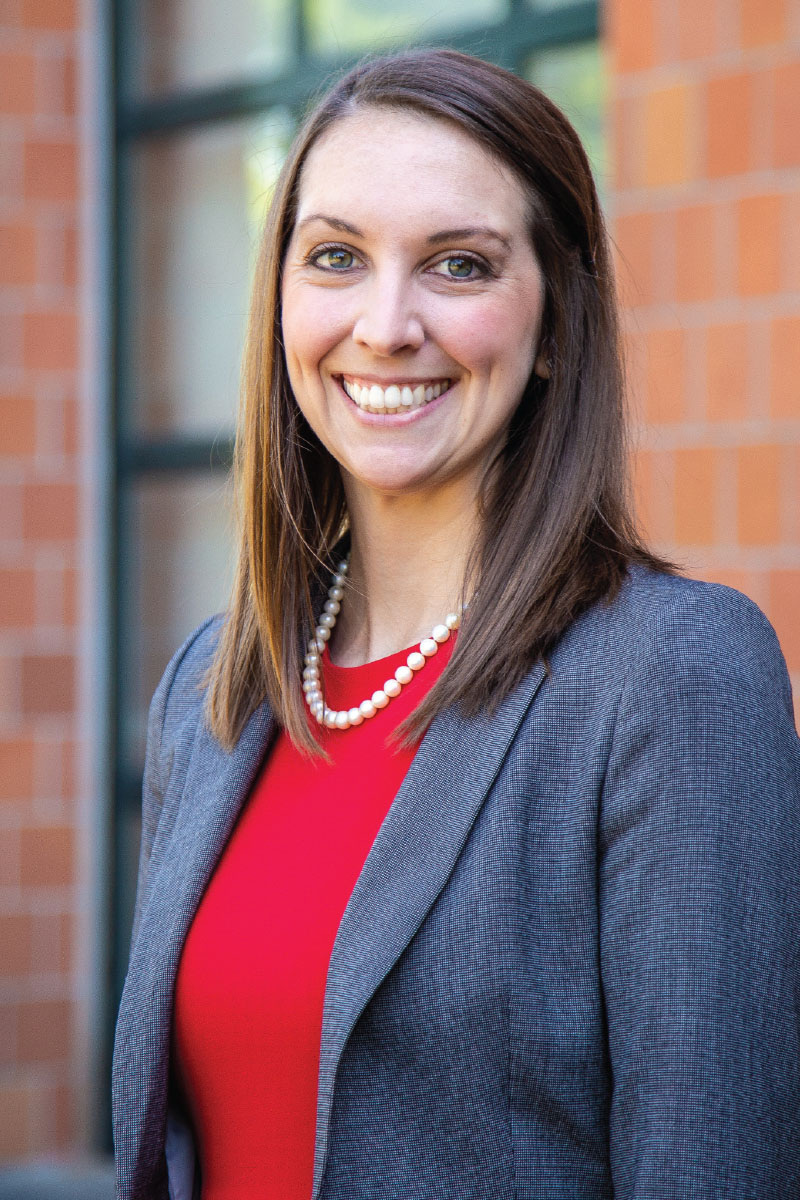 This is how Morgan Parker expresses her life’s mission: “What’s 80 years on this earth if you’re not doing something that extends much longer than the time we have here?”

Parker is devoting her life to help young adults who are struggling and, in doing so, she makes the community a better place for everyone. She is the director of Next, a program she helped design for Workforce Southwest Washington—and the recipient of WSU Vancouver’s 2019 Notable Alumni Award.

As a child, Parker wanted to be a teacher. Her passion for the mission-driven work she does now was ignited when she met Susan Finley, professor of education at WSU Vancouver and founder of the At Home At School (AHAS) program, which, through teacher education and research, helps children who confront systemic barriers (such as homelessness) and supports them to succeed in school.

Parker started volunteering at AHAS as a student in 2009 and quickly became volunteer coordinator, then research assistant. She earned a bachelor’s degree in English and public affairs in 2012, with a minor in Spanish and a certificate in technical and professional writing. She went straight on to graduate school at WSU Vancouver, earning her master’s degree in public affairs in 2014.

As a long-time youth advocate with a strong grasp of social policy, she understands the unique barriers youth in the community face. “I also know that all of our young adults have an incredible potential to be mindfully engaged in our community and impactful in our future,” she said.

Next allows Parker to put that optimism to use. Next works with youth ages 16 – 24 who are not in school or working. Most referrals come from friends and family, and others from the school district. The program’s website describes Next as “a safe space where young adults can connect and socialize, get something to eat or access health services, and find help with their education and career.”

In offering food and a shower, Next is unusual among youth programs. Sometimes, that’s what it takes to instill the confidence to take the next step forward. For example, a homeless immigrant found Next after several other youth programs. The ability to eat and shower got him started on a productive path toward his degree. “Just having those two things added to the services we offer has totally changed his ability to engage in his education,” Parker said.

"All of our young adults have an incredible potential to be mindfully engaged in our community and impactful in our future.”
—Morgan Parker

Although it is just a year old, Next has numerous success stories. It has served just over 1,100 youth in its first year, with more than 10,000 visits to the center, more than 70 GED/diploma completions, and more than 150 paid internships.

Parker’s ability to put her enthusiasm for kids and the community into action has earned recognition and awards. In 2018, she was named “Accomplished and Under 40” by the Vancouver Business Journal, and she was a class member of Leadership Clark County in 2016/17. She received numerous scholarships during her years at WSU Vancouver and was Outstanding Student in Public Affairs in 2012.