Uncovering the untold stories of the American West 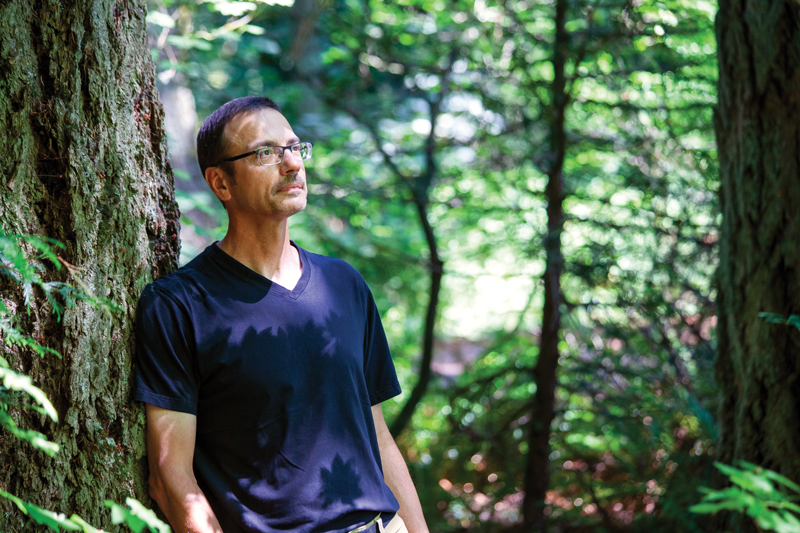 Historian Peter Boag looks to local history to gain a fuller picture of life on the frontier.

Doing research for his dissertation at the county historical museum in Brownsville, Ore., Peter Boag happened across a triple murder that had taken place near there in 1895. When farmer John Montgomery reprimanded and slapped his son for skipping out on his chores to go hunting, his 18-year-old son, Loyd, shot his father in a rage, then killed a creditor who’d come to collect, and also his mother. Loyd Montgomery was captured and hanged, and his story almost died with him.

But the story inspired Boag’s latest book, “Pioneering Death: The Violence of Boyhood in Turn-of-the-Century Oregon.” The book tells about the murder in the broader context of the troubled and often violent society in which it occurred—where health and mental health problems were common, as were poverty, anger, impetuous bad behavior and domestic violence. “I’m a social historian, and I focus on local history because it helps us grasp trends that speak to larger issues in history,” Boag said.

Boag, professor and Columbia Chair in the History of the American West at WSU Vancouver, said it took many years to write the book. He set the story aside but couldn’t forget it, so as opportunities arose—often while investigating something else—he collected more research. In 2020, when COVID-19 kept everyone at home, he started writing and mostly finished the book over the summer. It was published in 2022 by the University of Washington Press.

“The messy, unresolved and troubling tension between the darkness of reality and the human need for rosy reflection in all this is just one of the many stories that ’Pioneering Death’ exhumes from our haunting past,” - Peter Boag

“The history of the American West is filled with violence,” Boag said. “The Oregon Trail was a horribly violent trip.” Indigenous people were slaughtered, and many travelers on the trail also died. He is struck by the contrast between the pretty pictures typically painted of frontier history and the often-violent reality. “The messy, unresolved and troubling tension between the darkness of reality and the human need for rosy reflection in all this is just one of the many stories that ’Pioneering Death’ exhumes from our haunting past,” he wrote in a UW Press blog post about the book.

He acknowledges that not everyone shares his dark view of history. “As a historian I’m always looking backward, and I have no children, so some of my closest relationships with people are with dead people,” he said, “and that gives me a different outlook on life than those who have children and think more about the future.” He grew up struggling with darkness in his own life. “As a gay person, born in 1961 and coming of age and coming to terms with my sexuality in the 1970s—it isn’t easy today, but it was additionally burdensome then. There was no internet, little information, and for someone growing up in suburban Portland, the only thing out there was negative,” he said. “Grappling with that made for a lot of darkness in my life during those years.”

Gender identities on the frontier

One of Boag’s earlier books on the American West, “Re-Dressing America’s Frontier Past,” published by the University of California Press, explores the pervasiveness of “cross-dressing” among both men and women in a frontier society where people were free to refine their gender and sexual identities. Not until the modern era did homosexuality become a category all its own. “Re-Dressing America’s Frontier Past” was named the Best Book in American Frontier History by the Organization of American Historians in 2013. Boag considers it his most successful book, and it has brought him numerous speaking invitations around the country and in Europe.
That book also yielded the background for a museum exhibit at the Washington State Historical Society in Tacoma. “Crossing Boundaries: Portraits of a Transgender West” won an Award of Excellence from the American Association for State and Local History. The exhibit, which is expected to travel to the Oregon Historical Society in 2024, covers roughly 1850 – 1920, Boag said, and focuses on “people who lived in the region during that time, whose lives were outwardly different from the sex they were assigned at birth.” For example, there were criminals who dressed as women, and women who dressed as men when rustling cattle. There were also trans people, such as Allen Hart, who grew up as Lucille Hart in Albany, Ore., in the 1890s, became a medical doctor and ultimately transitioned to a man and wrote novels.
Gwen Whiting, lead exhibitions curator at the Washington State Historical Society, noted in a press release about the exhibit that numerous visitors had been deeply affected by it. “What is most satisfying about ’Crossing Boundaries’ to me is not just seeing my work appear in public, but that we received such heartening emails from people who have visited, especially parents of trans children,” Boag said. “It’s one of few things they’ve been able to do together, to go to a museum and see the lives of trans people dealt with respectfully and to see there’s such a long history.”

“One thing I’ve always enjoyed about being a historian is that I’m able to pursue things I’m interested in,” Boag said. Rather than focus on one subject, I just do things I find interesting and move on to something else. But what has always fascinated me is the enormous social change that occurred in the 19th century, so I go back to that fascinating era again and again but approach it from different angles.”

His current work is on artists of the American West, especially landscape painters in the Pacific Northwest. He is focusing on William Parrott, a fairly well-known and influential artist who painted Crater Lake and Mount Hood, among other landscape features. Born in 1844, Parrott traveled with his family to Oregon in 1847 and grew up in Polk County but also spent time around Goldendale, Wash., where he is buried.

Another vital interest is mountain climbing. Boag has written several articles about the history of the Mazamas, an old mountaineering organization in Portland to which he belongs. He also wrote about his mother’s climb of Mount Hood when she was 15, a feat Boag himself completed last year, when he was 59.

Family history—the only history many people care much about—fascinates him as the microcosm of world history. “My ancestors go deep into American history,” he said. “As I learn more about my family’s history, one of my future projects is to do some sort of creative nonfiction history of my family showing the universal themes—world migration, but also domestic violence and violence against Indigenous people in North America. If people look carefully at their family histories, they can find these larger themes that their families are a part of.”