The Time is Always Ripe: Realizing Racial Equity and Justice at WSU Vancouver 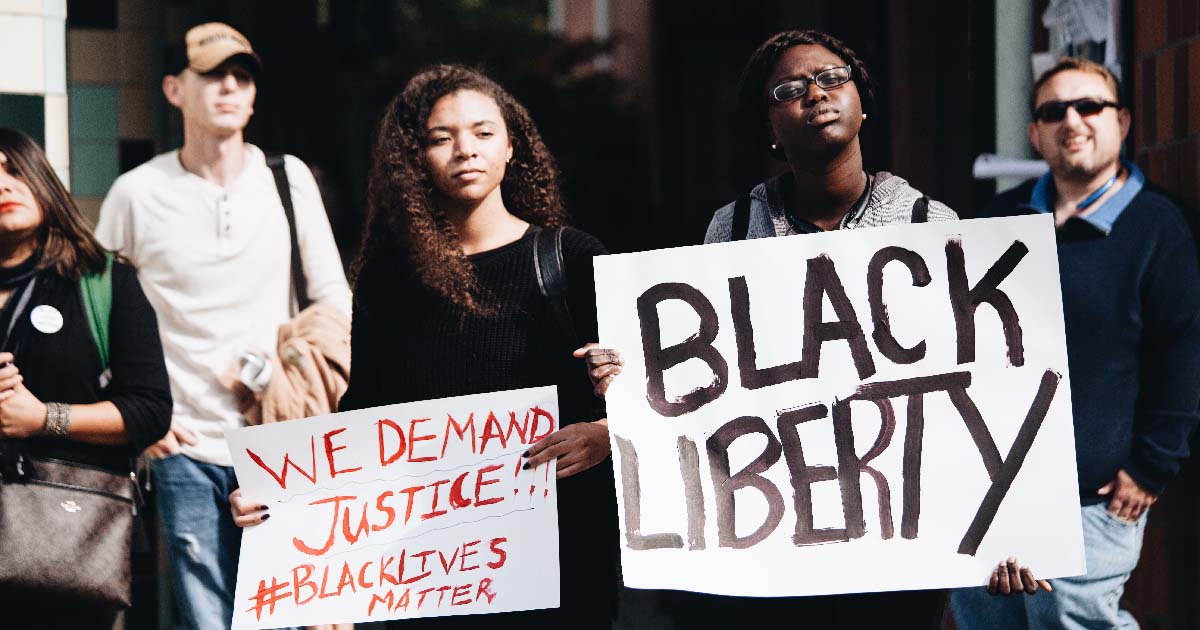 Black people are human, whole and empowered. As the beauty, excellence and fullness of Black cultural heritage and racial identity energizes Black people, systemic racism targets and exhausts Black bodies so much so that many cities, counties and states have declared it a public health crisis. Ibram X. Kendi, author of “How to be an Antiracist,” defines systemic racism as a collection of racist policies leading to racial inequities that are substantiated by racist ideas and that result in white supremacy.

According to the U.S. Department of Education, Black students are three times more likely than white students to be suspended from K – 12 schools for the same infractions. Black students represent 15% of total K – 12 student enrollment, yet 31% of Black students in K – 12 schools are referred to law enforcement or arrested. Once in the criminal justice system by way of the educational system (an intersection referred to as the “school-to-prison pipeline”), Black children are 18 times more likely than white children to be sentenced as adults.

At the postsecondary level, including colleges and universities, Black people contend with inequities disproportionate to white people including enrollment, matriculation and graduation barriers; and surveillance and arrests at the hands of law enforcement. A Google search on “campus police and race” produced several reports in which police were called on Black people and/or Black people were arrested by police disproportionately based on micro- and macroaggressions that associated an assumption of criminality with Black people based primarily on skin color. Black men were targeted most prevalently in these incidents.

A 2015 report at Wake Forest University found that Black students represented 6.6% of the campus population and 23.5% of campus arrests from 2007 to 2014. A 2020 report of the WSU Office of Compliance and Civil Rights found that Black people account for 2.7% of Pullman’s total population and 10.9% of total arrests from January 2016 to September 2019. CCR also indicated that Black people were arrested at nearly four times the rate as white people; and Black people were more likely to be arrested than people identified as Asian, Latinx, Pacific Islander/Native or multiracial.

When arrests result in convictions, Black people are incarcerated at five times the rate of white people according to NAACP data on criminal justice. The 13th Amendment to the U.S. Constitution abolished slavery and involuntary servitude, except for a crime whereof the party shall have been duly convicted, shall exist within the United States, or any place subject to their jurisdiction. This means that incarcerated persons have no constitutional rights in this area; they can be forced into labor as punishment for their crimes. The prison system profits off their unpaid or underpaid labor.

A 2020 study by researchers at the Harvard T.H. Chan School of Public Health found that Black people, on average are more than three times as likely as white people to be killed by police; and Black people are more likely to be unarmed compared to white people when killed by police. Black people make up approximately 13% of the U.S. population, but make up 22% of fatal police shootings. This does not take into account other forms of police brutality which also target Black people disproportionately, including nonlethal shootings as reported by NAACP data on criminal justice.

Black people are human beings yet being humans in Black bodies has violent if not deadly consequences across systems and structures (e.g., law enforcement, education, etc.) due to implicit and explicit bias (e.g., assumptions of criminality) deeply entrenched in anti-Blackness and racism. Enough is enough. One must denounce systemic racism and authentically advocate justice for Black lives right now, whether:

Systemic racism will not vanish because one chooses not to discuss it. In fact, silence is a form of complicity in its propagation. Systemic racism must be named, discussed, disrupted and dismantled from all locations–ideological, individual, interpersonal, internalized and institutional.

When the lives of the most marginalized are centered systemically and structurally, then all lives benefit systemically and structurally. This is the basis of racial equity and at the heart of authentic advocacy, including Black Lives Matter as a social movement and statement. That is, when Black lives matter across systems, structures, institutional policies and practices, then all lives will matter. If one’s advocacy for racial equity is not authentic, then one is merely perpetrating allyship at best, which is also harmful despite one's good intentions.

Talking about systemic racism, calling out white supremacy, uncovering and examining one’s own biases, wrestling with one’s own fragility, engaging in deep self-reflection, increasing intercultural development and humility are particularly important and necessary, as racist policies and ideologies are malleable. To actualize change, institutions and individuals, including white people, must also commit to ongoing material action to eradicate systemic racism and establish a structural fabric imbued with racial equity.

Equity and Diversity at WSU Vancouver

WSU Vancouver has been engaged in dialogue, reflection and action. Goal 4 of WSU Vancouver’s strategic plan seeks to promote an ethical and socially just society through an intentional commitment to equity, diversity and inclusion. Founded in 2017, the Office of Equity and Diversity leads this effort, creates and takes up space to disrupt the campus foundation of whiteness, construct an anti-racist campus infrastructure, and rebuild a campus community of equity, diversity, inclusion, belonging and justice.

The Office of Equity and Diversity works to expose and eliminate systemic barriers, including systemic racism, by establishing and employing equity-minded strategies that infuse racial equity into university policies, processes and practices. The following efforts lay groundwork to center race, recognize intersectionality, acknowledge strengths of and partner with the campus community to rebalance systems of power and advocate for Black people, Indigenous people, people of color and historically underrepresented people, including WSU Vancouver faculty, staff and students.

Proactive and Positive Steps Along the Way

Students of color represent nearly 30% of the total student population and 151% of WSU Vancouver’s overall student growth in the past decade. However, a disproportionate number of students of color face obstacles to admission, matriculation and graduation. In fall 2018, the Equity of Student Outcomes Council was proposed to examine parity and disparity in access, opportunities and outcomes across student demographics, including race.

"This is the basis of racial equity and at the heart of authentic advocacy, including Black Lives Matter as a social movement and statement. That is, when Black lives matter across systems, structures, institutional policies and practices, then all lives will matter." —OBIE FORD III

Endorsed by the Chancellor’s Cabinet in spring 2019, ESOC develops transformative strategies to expand capacity to outreach, recruit, retain and graduate students from historically underrepresented populations. ESOC founded the THRIVE program in summer 2019, a support and retention program for first-year students from historically underrepresented communities, including students of color. From fall 2019 to fall 2020, the inaugural THRIVE cohort achieved a retention rate of 85%. Accordingly, the THRIVE program was formally adopted into the campus fabric by Student Affairs and Enrollment.

Equity in the Search for Faculty and Staff

It is vital that Black students, Indigenous students and students of color see themselves reflected in faculty, staff and administration. Toward this end, in fall 2019, the Offices of Equity and Diversity, Academic Affairs and Human Resource Services partnered to institutionalize racial equity in the search process for faculty and staff from hiring to retention. Results of recent searches suggest some effectiveness in this effort, including the Chancellor’s Cabinet and Academic Leadership Council.

In spring 2020, the campus director of faculty equity and outreach was appointed. The foresight to institute this initiative is notable given the release of the summer 2020 report by Partners in Diversity on workforce diversity retention. Their research found that 97% of employees of color in Southwest Washington and Portland reported some form of discrimination in their community and 74% reported some form of discrimination at work.

The Office of Equity and Diversity uses equity-minded inquiry, including qualitative and quantitative evidence, to guide practice and to cultivate a campus where Black people, Indigenous people, people of color and historically underrepresented communities feel a sense of belonging. The office administers campus climate surveys for students, faculty and staff. A racial equity lens is applied to question assumptions, uncover gaps, disaggregate data, and report data through anti-racist and inclusive measures to ensure accountability.

Building a Community of Equity and Belonging

Since its 2018 inception, more than 50% of faculty and staff (including academic leadership, campus police and the Chancellor’s Cabinet) have participated in the Building a Community of Equity Professional Development Program, a strategic initiative led by the Office of Equity and Diversity.

BaCE provides anti-racist, equity-minded and culturally responsive enrichment including educative tools to decolonize the classroom, dismantle whiteness across the campus fabric, and suffuse racial equity, cultural wealth and justice throughout university policies, processes, pedagogies and practices at WSU Vancouver. BaCE empowers participants to become equity change agents from wherever they are situated in the university.

The Office of Equity and Diversity amplifies voices, elevates lived experiences, emboldens and supports people of color and historically underrepresented people. The Support and Empowerment for Employees of Color Association is an employee resource group that nurtures a deeper sense of belonging. Since spring 2018, SEEC has assisted in promotion, community and empowerment of faculty, staff and students who identify as people of color.

The Council on Equity, Diversity and Inclusion, Campus Bias Response Team, Accessibility Council, Equity and Diversity Advisory Board, Native American Community Advisory Board, Collective for Social and Environmental Justice, Center for Intercultural Learning and Affirmation, Cougar Food Pantry and the Diversity Fund, to name a few, are additional campus structures disrupting the status quo and ensuring an equitable and safe campus environment where historically underrepresented members may thrive.

The Office of Equity and Diversity also provides a host of equity-minded resources for external partners and the general public courtesy of its webpage including the Equity and Justice Resources page, Amplified Journal and Virtual Gallery of Affirmations.

Racial justice results from a collection of anti-racist policies that lead to racial equity substantiated by anti-racist ideas. Individually and collectively, WSU Vancouver recognizes the time is always ripe to institutionalize and realize racial equity, justice and anti-racism across policies, processes and practices; and to demolish white supremacy from beneath its foundation. WSU Vancouver is dedicated to taking action.

This is racial equity and anti-racist action. This is self-care and healing action. This is empowerment and transformative action. This is solidarity and supportive action. This is brave and critical action rooted in love that normalizes equitable systems, centers cultural wealth of Black people, Indigenous people, people of color and historically underrepresented people, and cultivates a beloved campus community, region, nation and world. ■

WSU Vancouver is a 2019 recipient of the national Higher Education Excellence in Diversity Award by Insight Into Diversity Magazine, the oldest and largest national magazine on diversity in higher education; and the 2020 recipient of the Martin Luther King Jr. Distinguished Service Award of Washington State University for the WSU Vancouver BaCE Professional Development Program. Learn more about the Office of Equity and Diversity.

The Office of Equity and Diversity has a curated list of resources including articles, books, movies, podcasts, TV series and more to deepen our anti-racism work. 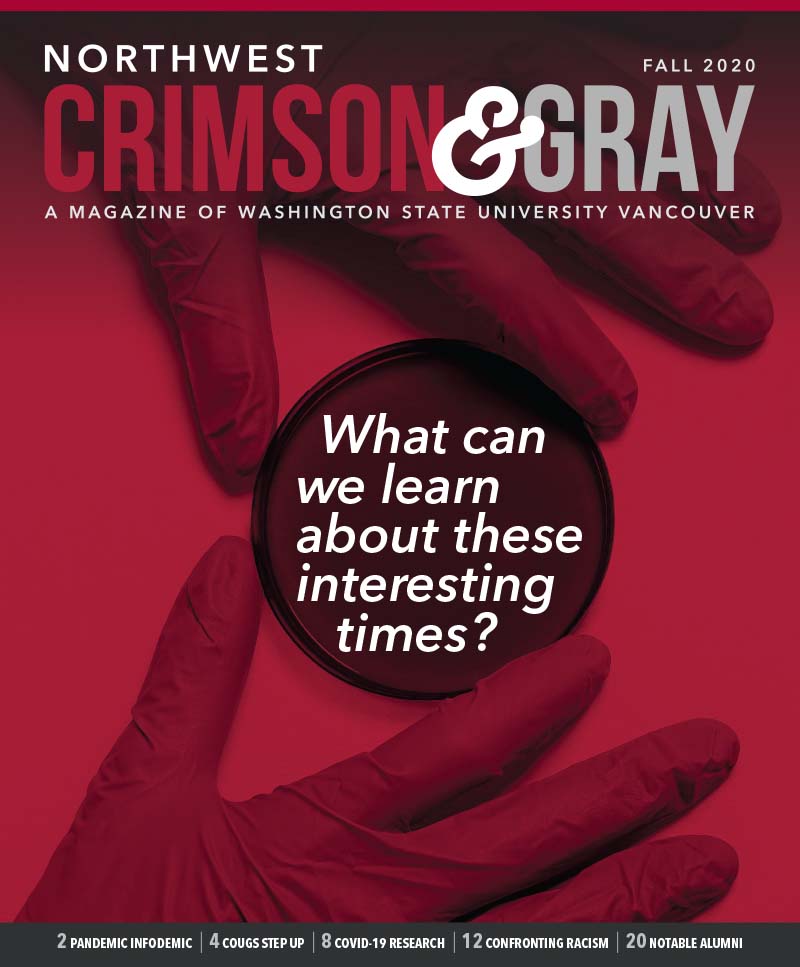