Climate extremes in a warming world 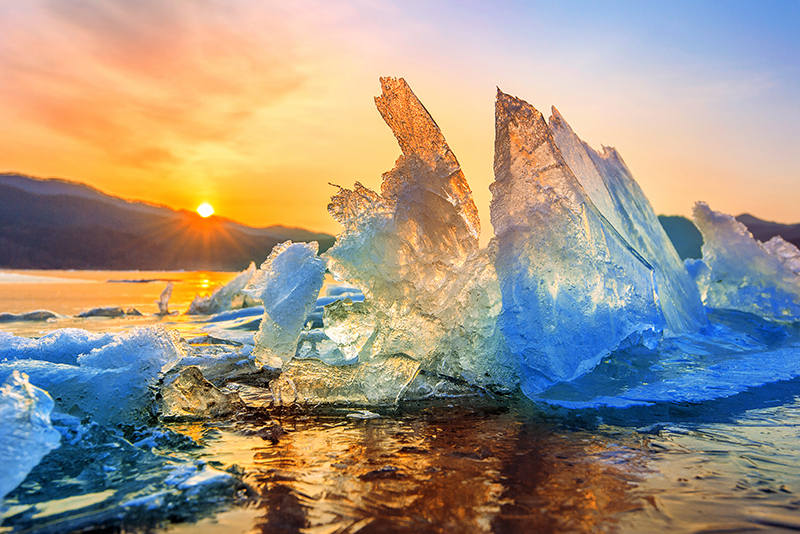 Climate change is already here. Deepti Singh is working to help people understand how it affects them.

Deepti Singh starts her undergraduate course at WSU Vancouver, "How the Climate System Works," by asking students how they perceive changes in weather and climate and how they think climate change is affecting them. Many students don’t think it affects them at all, especially here in the Pacific Northwest, where the climate has historically been moderate.

As she talks about ways climate is changing and its impact on people, their health, and resources like food and energy production, they start to connect the dots. And after the class is over, especially with the Pacific Northwest experiencing both extreme heat and extreme cold in 2021, it isn’t uncommon for students to send emails saying, “Now I get it.”

Singh earned both her bachelor’s and master’s degrees in engineering, initially planning to specialize in aeronautics and astronautics. Today, she is an assistant professor in WSU Vancouver’s School of the Environment and a widely published expert on climate change.

Her change of heart and mind was inspired in part by living in Bombay, India, between 2006 and 2008, where she saw firsthand how an extremely heavy rainfall event brought the city to a standstill. Effects were both immediate (many lives lost, destruction of homes and transportation infrastructure) but also long term (waterborne diseases, food shortages). “Living there during that time made me think about how dependent we are on weather conditions and how extreme weather fluctuations can affect us, particularly the most vulnerable people in our communities,” she said.

She moved to the U.S. to pursue her master’s degree at Purdue. There, she encountered the work of Noah Diffenbaugh, another influence on her career change. Diffenbaugh, currently a Stanford University professor, was teaching in the Earth and Atmospheric Sciences program at Purdue, which was next door to the engineering building where Singh spent most of her time. She took the opportunity to learn as much as she could about climate studies by attending seminars, talking to faculty and auditing courses. “I realized how important a problem climate change is for the communities I have connections with and for many other developing regions of the world,” she said, “and it made me think about transitioning my education and career to that direction.”

Singh was drawn to Diffenbaugh’s pragmatic approach to studying climate change and how it affects society, especially in developing regions. “Climate change sometimes seems like an abstract problem to people, but he was connecting it in a way people can relate to,” she said.

By the time she contacted him, he had moved to Stanford. He accepted her into the Ph.D. program there. “I don’t know why he’d accept a student like me with no background in atmospheric or climate science,” Singh said. "But he was intentionally creating an interdisciplinary environment, which I think is needed to address the problems of climate change.” 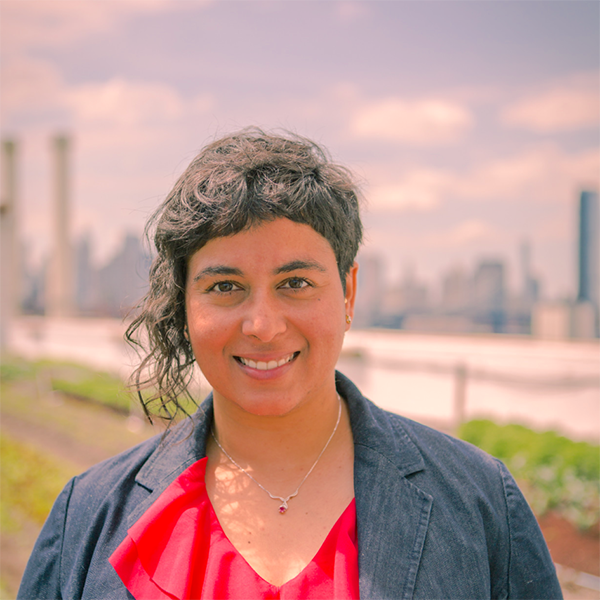 “I realized how important a problem climate change is for the communities I have connections with and for many other developing regions of the world, and it made me think about transitioning my education and career to that direction.” —DEEPTI SINGH

Singh now has more than 40 publications on climate change and its impacts that she had led or contributed to. In the last few months alone, four publications have featured the work of her research group. In October, Geophysical Research Letters published the results of a study by Singh and her postdoctoral research associate, Cassandra Rogers, demonstrating that the world is not only getting hotter but also more humid, and that people living in areas where humid- heat extremes are already a significant hazard, are bearing the brunt of the impact. Highly populous regions in south and southeast Asia and the southeastern United States are particularly vulnerable, and consequences could be severe unless efforts are made to reduce the impact on workers who are directly exposed to extreme heat, such as farm and urban outdoor laborers and people who lack access to a way to cool off. In January, Science Advances released a study that is particularly relevant to the western United States, demonstrating that large wildfires, increasing heat and changing weather patterns have increased the number of days with harmful air quality episodes such as those in August and September 2020. These episodes in recent years have simultaneously exposed nearly 40% of the U.S. to particulate matter and surface ozone—pollutants that are linked to a range of health problems and impacts on respiratory and cardiovascular health—on the most widespread days, which amounts to millions of people. This puts a huge burden on the health care system and limits what people can do to avoid the negative impacts of harmful air pollutants air quality impacts even if they escape the fires themselves. WSU Vancouver graduate student Dimitri Kalashnikov was the lead co-author of this article.

In February, the Journal of Climate published another study by Rogers and Singh showing that large heat waves affecting multiple regions simultaneously have increased nearly seven-fold since the 1980s. Last month, the journal Nature Climate Change published a study by Singh and Jitendra Singh, also a postdoctoral research associate in her group, showing that droughts affecting multiple regions across Asia, Africa and the Americas simultaneously are projected to become more frequent, more severe and more expansive. These
changes are expected to impact nearly nine times more people and agricultural areas than they currently do. Such concurrent weather and cliamte extremes threaten various natural and social systems, including global food chains, emergency response systems and reinsurance industries. The authors conclude that identifying regions at high risk of concurrent extremes and understanding what drives them is important for evaluating projected climate risks on various interconnected societal systems and fostering regional preparedness.

Singh is currently examining how extreme temperatures, such as heat waves and cold waves, affect the U.S. energy infrastructure. Here, her engineering background is coming in handy. “That requires some understanding of how the energy infrastructure works,” she said. “I wouldn’t say I’m an expert, but I have some background that helps with the design of the research.” 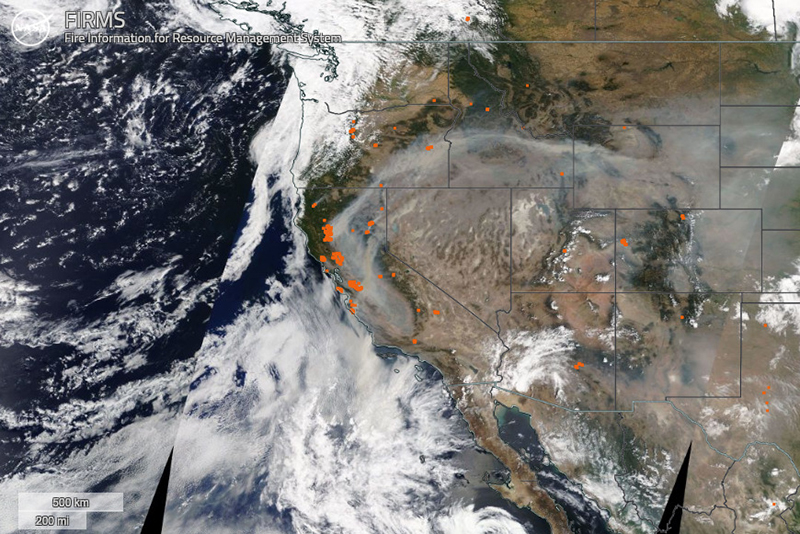 Singh’s goal is to help people prepare for and manage climate change. To that end, she talks to people who can help her understand the impact of climate change on everyday life. “What I’ve tried to do is understand what matters to people—just go and have conversations,” she said. “I don’t want to be a scientist who sits in their bubble and comes up with papers nobody reads.” For example, in studying the ever-heavier monsoons in India, she talked to nearly 2,000 farmers to learn how they had been affected and what they were doing to adapt.

She is quick to say that scientists don’t have all the answers. While increasing heat waves are the most clearly observed impact of climate change, natural climate variability is also a factor. For example, she said, “There is some potential evidence that climate change is driving extreme winter events as well, and we still don’t fully understand how that is happening and whether it is related to human-caused climate change or natural variability.”

She hopes to fill in some of the gaps. “What I hope to do with my research is to inform vulnerable communities about the types of climate risks they will experience and help them understand how societies can better prepare for those.”

Singh earned her bachelor’s degree at Pune University in India, a master’s degree in engineering at Purdue, and a Ph.D. in environmental earth system science at Stanford. She worked as a postdoctoral research fellow for three years at Columbia University’s Lamont Doherty Earth Observatory in New York before joining WSU Vancouver in June 2018. Among several awards, she was named the Kavli Frontiers of Science fellow by the U.S. National Academy of Sciences in 2015. 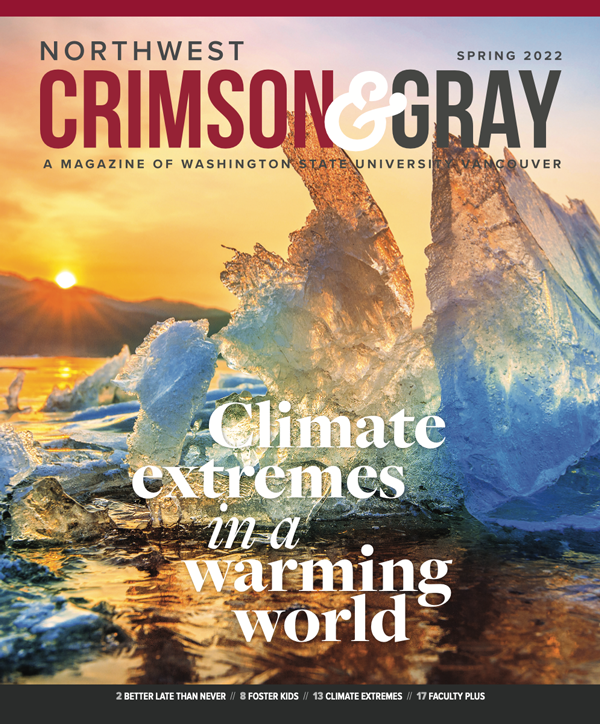