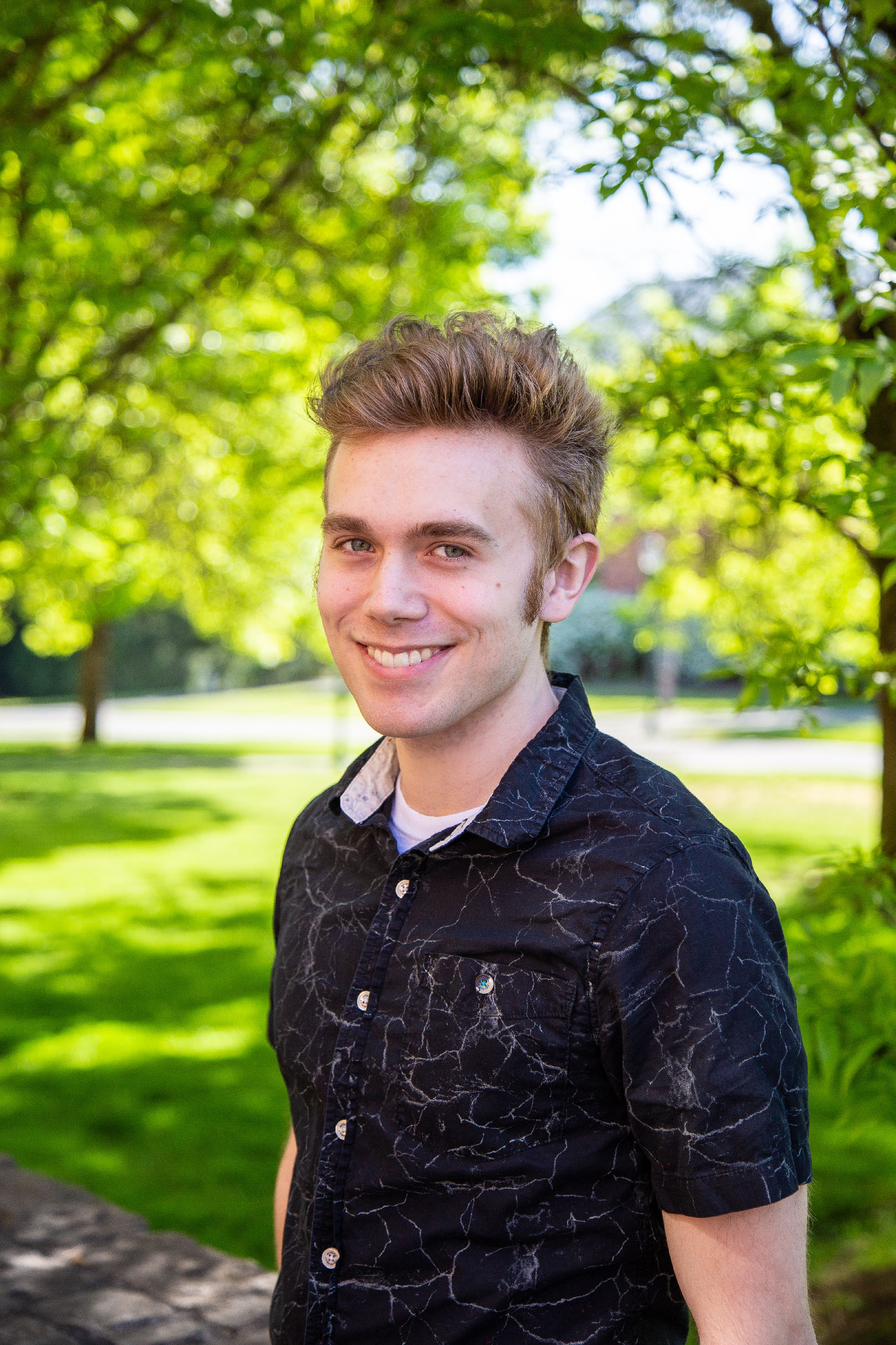 VANCOUVER, Wash. – Headlines warning of the dangers of antibiotic resistance appear in the news almost every day. The United Nations predicted that by 2050, 10 million people could die each year from diseases that have become resistant to drugs.

Miles Roberts wanted to know how science is working to counter this trend. So, for his Biology 402 class in spring semester, he reviewed 65 scientific articles and turned his research into a paper called “Maximizing Costs to Prevent Antibiotic Resistance Evolution.” His thorough investigation resulted in a perfect score in class and also WSU Vancouver’s 2019 Library Research Award.

The annual award recognizes students who excel in using the library. Roberts, a senior who will graduate in 2020 with a bachelor’s degree in biology and minors in math and chemistry, said he took maximum advantage of the library’s “wonderful online resources.”

Library director Karen Diller described the paper as “an excellent example of a scientific review paper and one that is working on a critical societal problem.” Noting that Roberts had identified key current research and synthesized it “in a logical, ethical and readable way,” she said he had also demonstrated breakthroughs in his own understanding of the research process.

Roberts wrote the paper for Stephanie Porter’s class, “Microbes in Nature and Society.” It was the first time he had tackled a scientific review, and he spent some 70 hours on it, continually expanding and refining his search terms, winnowing down the sources he read to include the 38 most relevant for the bibliography, and ultimately completing multiple outlines and eight drafts.

“I hoped to find some factors humans could control to slow the evolution of antibiotic resistance while still being able to use antibiotics,” he said. One of his most interesting findings was that “researchers are already designing treatments to slow the evolution of antibiotic resistance,” such as treating patients with multiple antibiotics at the same time, or alternating between different antibiotics. “The results were really encouraging,” Roberts said, “but I was also surprised to see that, as far as I could tell, a lot of those treatments hadn’t been attempted in people or animal models yet.”

In addition to writing the paper itself, Roberts developed a 200-word abstract summarizing his thesis and main findings, a conceptual diagram and a quantitative figure based on the data.

Roberts grew up in Missouri before his family moved to Washougal, Wash., in 2008, where, he said, the Columbia Gorge was his backyard. He attended Clark College on the Running Start program and transferred to WSU Vancouver in fall 2017 at the age of 18. After graduation, he plans to go to graduate school to study plant breeding.

About the Library Research Excellence Award

The annual award recognizes excellence in undergraduate research that demonstrates evidence of significant inquiry using the library, its resources and collections. Projects are evaluated by a panel of WSU Vancouver librarians. The recipient receives a $300 prize and will speak in the fall at the library’s Encounter Research series.

As one of six campuses of the Washington State University system, WSU Vancouver offers big-school resources in a small-school environment. The university provides affordable, high-quality baccalaureate- and graduate-level education to benefit the people and communities it serves. As the only four-year research university in Southwest Washington, WSU Vancouver helps drive economic growth through relationships with local businesses and industries, schools and nonprofit organizations.