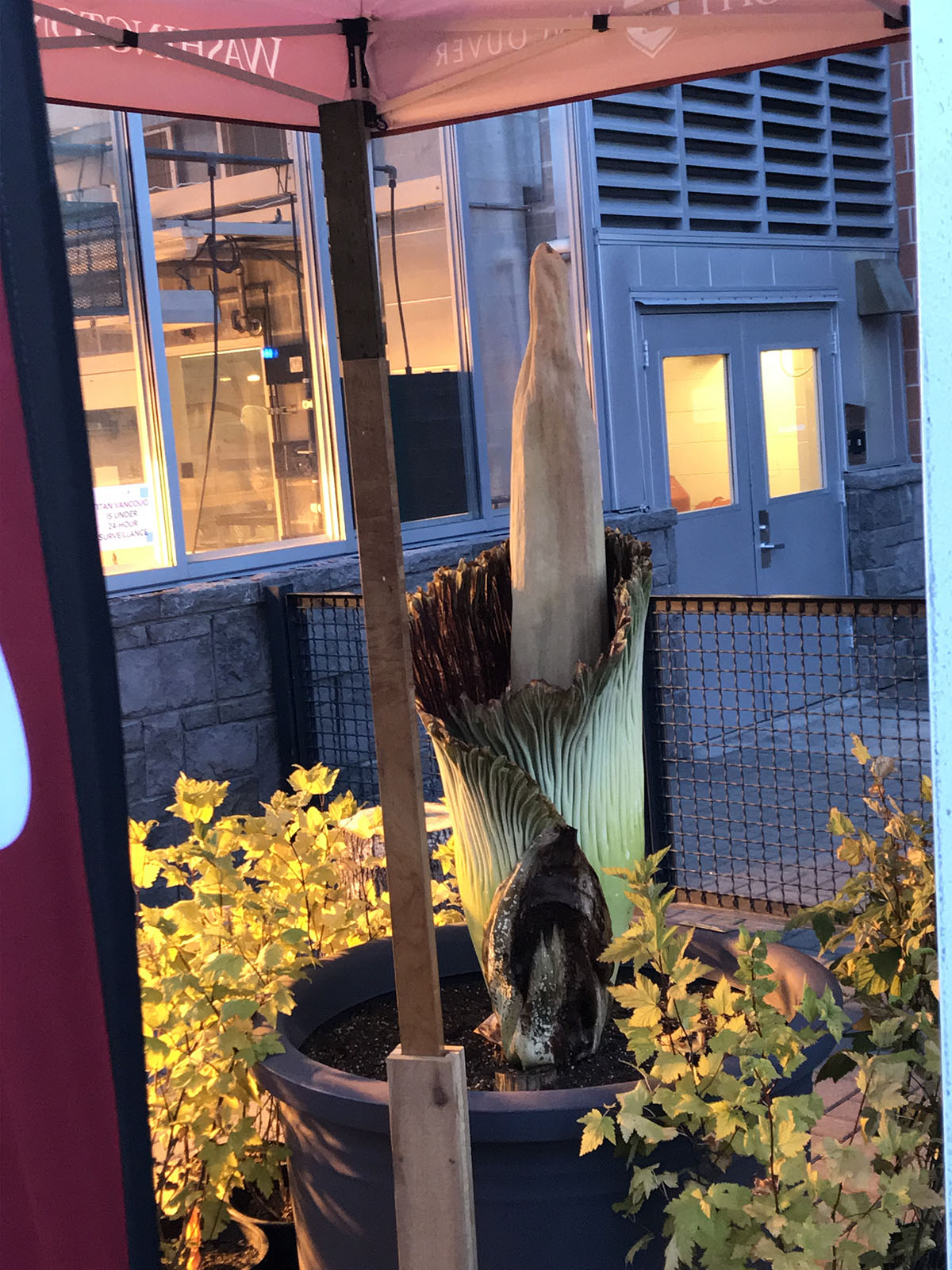 Titan VanCoug, as it is known on campus, is currently on display outside the greenhouse at the east end of the Science and Engineering Building. The corpse flower is infamous for its odor—comparable to that of a decomposing animal. The bloom is emitting odor that will last 24 to 48 hours. You may view this rare plant 8 a.m. – 9 p.m. weekdays. Or check in on Titan VanCoug any time via webcam at https://www.youtube.com/wsuvancouver.

About the corpse flower

The corpse flower (Latin name Amorphophallus titanum, also known as titan arum) is native to the limestone hills of Sumatra, Indonesia’s rainforests, the only place in the world where it naturally grows.

They are among the world’s largest and rarest flowering structures. They bloom rarely—typically after seven to 10 years of growth and just once every four years or so afterward throughout a 40-year expected lifespan.

A corpse flower’s odor is not without reason. It’s meant to attract pollinators and help ensure the continuation of the species. Dung beetles, flesh flies and other carnivorous insects that typically eat dead flesh are attracted to the corpse flower.

Titan VanCoug has been raised by Associate Professor of Molecular Biosciences Steve Sylvester. He planted a seed from the University of Wisconsin-Madison’s titan arum plant, affectionately named Big Bucky, in 2002. He cultivated it in a pot on his desk until it grew too large to contain in such a small space. It has grown in a stairwell in WSU Vancouver’s Science and Engineering Building for some time.

As one of six campuses of the Washington State University system, WSU Vancouver offers big-school resources in a small-school environment. The university provides affordable, high-quality baccalaureate- and graduate-level education to benefit the people and communities it serves. As the only four-year research university in Southwest Washington, WSU Vancouver helps drive economic growth through relationships with local businesses and industries, schools and nonprofit organizations.