The Council on Equity, Diversity and Inclusion is made up of administrators, faculty, staff and students at WSU Vancouver. Members are appointed by the vice chancellor for academic affairs from a pool of candidates. Prospective new members may nominate themselves or be nominated by others annually, usually in March, in response to an open call for nominations.

The student diversity intern is selected through a competitive, university-wide application process, usually during the spring semester.

Leslie New is an Assistant Professor in the Department of Mathematics and Statistics, with a research focus on statistical ecology. She teaches courses on applied statistics that are aimed to help individuals from across disciplines use quantitative methods in their field. She is committed to the promotion of minorities and women with STEM fields, and statistics in particular.

Renny Christopher has served as Vice Chancellor for Academic Affairs at WSU Vancouver since 2013. Her research focuses on issues of race, class and gender in U.S. literature and culture. Her memoir, A Carpenter’s Daughter: A Working-Class Woman in Higher Education (Sense Publishers, 2009), addresses her experience as the first in her family to attend college. She has taught at several universities in California and was a Fulbright scholar in Spain in 2000. Before earning her doctorate, Christopher worked as a printing press operator, typesetter, carpenter and horse wrangler.

Elias Cohen has served as Research Specialist for Campus Effectiveness at WSU Vancouver since 2014. He conducts institutional research for the campus with an emphasis on understanding determinants of student success. His work seeks to inform campus efforts to grow into a major pillar of Southwest Washington for improving the lives of its residents and for eliminating disparities between sub-populations. Cohen received a Ph.D. from Rutgers University in Cognitive Psychology and has studied human visual perception using computational, neuroscientific and behavioral methods. 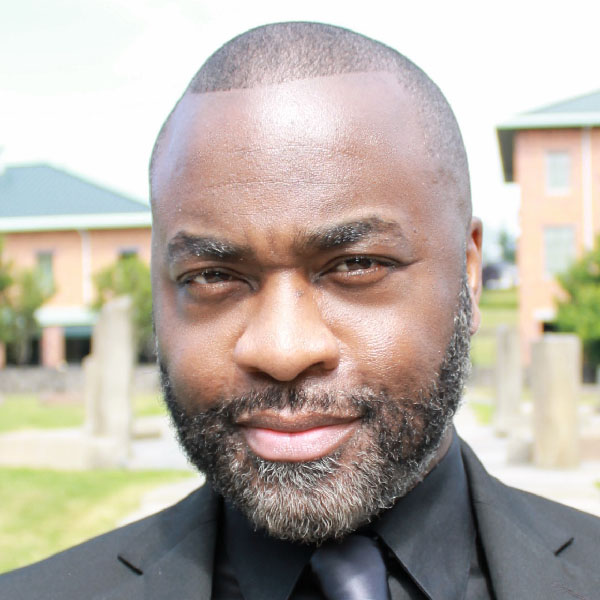 Obie Ford III delivers proactive leadership to WSU Vancouver. He serves to advance and realize the university’s strategic goal to promote an ethical and socially just society through an intentional commitment to equity, diversity, and inclusion. Obie is a member of the Chancellor’s cabinet, and the inaugural campus director of equity and diversity at WSU Vancouver. 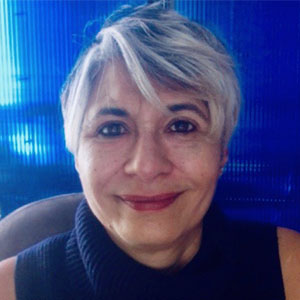 Luz María Gordillo, Chair, is Associate Professor and Program Leader in the Department of Critical Culture, Gender and Race Studies at WSU Vancouver. She’s the author of Mexican Women and the Other Side of Immigration: Engendering Transnational Ties and collaborated with Linda Heidenreich in publishing Three Decades of Engendering History: Selected Works of Antonia I. Castañeda. Gordillo co-directed and co-produced the film Antonia: A Chicana Story.

Gordillo is currently addressing the Age of Eugenics during the tenure of the Eugenics Record Office in Cold Spring Harbor, NY with an emphasis on the women who were involved: patients, philanthropists and fieldworkers.

Desiree Hellegers has been teaching at WSU Vancouver since 1993 and was a founding co-director of the Collective for Social and Environmental Justice. Her books include No Room of Her Own: Women’s Stories of Homelessness, Life, Death and Resistance (Palgrave Macmillan, 2011) and Handmaid to Divinity, Natural Philosophy, Poetry and Gender in Seventeenth Century England(University of Oklahoma 2000). Her research interests include environmental justice literature and cultural politics, social movements and civil liberties. She is board member of Portland Peace and Justice Works, and a member of the Old Mole Variety Hour collective on Portland’s KBOO radio. 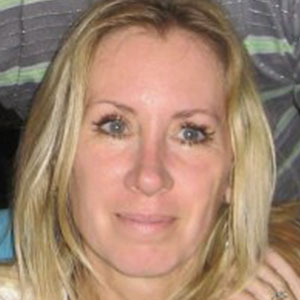 Bonnie Hewlett worked as a registered nurse before obtaining her PhD degree in anthropology at Washington State University. She has conducted research in Gabon, Republic of Congo, Central African Republic and more recently Ethiopia, where she was a Fulbright scholar in 2010-2011. Her research interests include: bio-cultural contexts of infectious diseases, hunter-gatherers, adolescent development, the health and experiences of Ethiopian orphans, and reasons for relinquishment and abandonment by birthmothers and fathers. She is the author of Listen, Here is a Story: Ethnographic Life Narratives from Aka and Ngandu Women of the Congo Basin; Women in the African Forest: Anthropology of Culture, Evolution and Development (a Japanese translated edition of Listen, Here is a Story); editor of Adolescent Identity: Evolutionary, Developmental and Cultural Perspectives; and The Secret Lives of Anthropologists: Lessons From the Field; and co-author with Barry Hewlett of Ebola, Culture, Politics: The Anthropology of an Emerging Disease.

Julie Mercado is a recent graduate from WSU Vancouver. Julie earned a Bachelor of Science in Psychology with a minor in Human Development and is currently working towards her master’s degree on Postsecondary Adult and Continuing Education. Julie works as Recruitment Coordinator for the Office of Admissions at WSU Vancouver. During her time as a student, Julie had the opportunity to serve enrolled students, prospective students and their families, and community members through a variety of position such as Lead Ambassador, Latino/Hispanic Student Outreach and Success Committee member, Accessibility Council member and as an Impact Volunteer at WSU Vancouver Student Diversity Center. 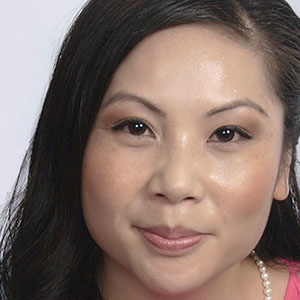 Connie Kim Yen Nguyen-Truong is an Assistant Professor in the College of Nursing. Her program of research focuses on academic and community-engaged research justice with communities of color including immigrants across the lifespan. This includes the Vietnamese, Chinese, Korean, and Micronesian Islander communities. Her scholarly lines of inquiry include cancer control and prevention, the intersection of learning and healthcare systems, and diversity and inclusion in health-assistive artificial intelligence (smart home). She is the Faculty Advisor of the Vietnamese Students' Association. Nguyen-Truong practices as an Intermediate Care RN (IMCU) at Legacy Good Samaritan Medical Center and community and population health nursing through her research partnerships with culturally diverse social services and health center. She is an elected member on the Immigrant & Refugee Community Organization (IRCO) Board of Directors, an elected Board Chair of IRCO Asian Family Center Advisory Board, and an appointed Senior Advisor on the Steering Committee of API-CLI. Connie is engaged in mentoring of faculty, students, and community members to build team capacity to conduct culturally safe research.

Carol Siegel works on the representation of sexuality and gender. Her book publications include: Sex Radical Cinema (2015), Goth's Dark Empire (2005), New Millennial Sexstyles (2000), Male Masochism: Modern Revisions of the Story of Love (1995), Lawrence Among the Women: Wavering Boundaries in Women's Literary Traditions (1991) and the co-edited collections: The Gay '90s: Disciplinary and Interdisciplinary Formations in Queer Studies (1997), Sex Positives?: The Cultural Politics of Dissident Sexualities (1997), Forming and Reforming Identity (1995), and Eroticism and Containment: News from the Flood Plain (1994). She also co-edits, with Ellen E. Berry, the online journal Rhizomes.

L. Rocío Sotomayor teaches math and probability classes in the Department of Mathematics and Statistics, and has been involved in Latino educational and health services since 2012. At WSU Vancouver, Sotomayor has served in different organizing committees at the Student Diversity Center, and has collaborated with the Latin@ Student Association. Stotomayor holds a Ph.D. in Mathematical Finance from the University of Alberta in Canada, a master’s degree in Mathematics from IMPA in Brazil, and a bachelor’s degree in Mathematics from PUCP in Perú.

Jose Vazquez was born in rural Oaxaca Mexico and educated in Mexico City where he completed a B.Sc. in Condensed Matter at Universidad Autónoma Metropolitana (Azcapotzalco) and M.Sc in High Energy Physics at CINVESTAV, then granted a scholarship to pursue a Ph.D. in London UK in Research Techniques in Physics (1992). Vazquez spent time as a postdoc in Rio de Janeiro (Brazil), and after residing in San Juan (Puerto Rico) teaching in public and private universities, Vazquez came to the Northwest where he has been teaching physics. Vazquez is currently working on observational astronomy and is an instructor of Physics and Astronomy at WSU Vancouver.

Nolan Yaws-Gonzalez is the Business Growth MAP Manager in the Carson College of Business. He has the pleasure of working with students, faculty, and staff, as well as local small businesses that are looking to grow. Throughout his time at WSU Vancouver, Nolan has worked closely with initiatives related to diversity, equity and inclusion, including serving on the Presidential Commission for Gender Identity/Expression and Sexual Orientation, advising Cougar Pride Club, and serving on the Building a Culture of Equity training development committee. Prior to becoming a VanCoug in January 2015, Nolan worked in Housing and Residence Life on other university campuses, leading social justice and identity based programs and trainings for residents and student staff members.

The Council on Equity, Diversity and Inclusion welcomes all members of the WSU Vancouver community to attend meetings and discuss campus diversity concerns. Please email vancouver.diversity@wsu.edu to inquire about dates and inclusion on the agenda.