The Chancellor’s Award for Student Achievement recognizes a graduating student each academic year. The recipient  is selected on the basis of academic achievement and love of learning, overcoming barriers in pursuit of academic goals, future leadership potential and involvement in campus life. 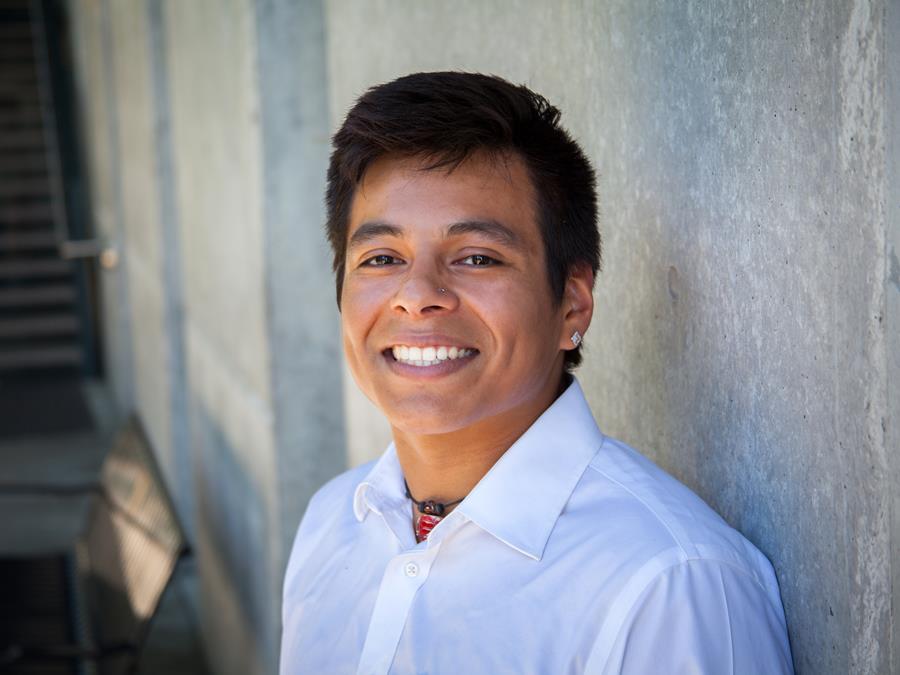 Vince Chavez could write the book on student involvement. While simultaneously pursuing a double degree in biology and neuroscience with minors in microbiology and chemistry, Chavez also served as a mentor and leader for his fellow students through a variety of positions on campus. In nominating him for the Student Achievement Award, Obie Ford III, associate vice chancellor for equity, diversity and inclusion, said Chavez’s “ability to not only have a ‘seat at the table,’ but to also amplify the voices, the concerns, needs and desires of students is laudable.”

As a first-generation college student who has overcome barriers, including familial cycles of violence and poverty, Chavez encourages and empowers his peers to persist and persevere in the face of adversity. While the 2018/19 president of Associated Students of WSU Vancouver, he worked to advance values of equity, diversity, inclusion and belonging across campus, setting the framework for the newly created ASWSUV position of Director of Equity and Diversity. A change agent for equity, he served on the campus Bias Response Team and worked to ensure WSU Vancouver is a safe, inclusive space for all.

Chavez made a lasting impact as a team member and mentor in the Center for Intercultural Learning and Affirmation where he advocated for a larger student space—double the size of the former Student Diversity Center—and helped in its renaming. He was instrumental in the creation of THRIVE—Truth, History, Resilience, Intersectionality, Voice, Equity—a bridge program for first-year, first-generation students from economically disadvantaged and often underrepresented racial communities.

Leaving few corners of campus involvement untouched, Chavez also served as a student ambassador, offering guidance and a smile while representing WSU Vancouver to prospective students, staff and community members, and as chair of the Student Media Board, where he brought equity-mindedness to his peers with enrichment workshops.

With his sights on a career as a medical doctor, Chavez hopes to fuse his passion for science with his compassion for humanity to help others. His voracity for the sciences, academic rigor and desire to see his peers excel, combined with his unwavering positive attitude, make Chavez a strong role model to follow. Or, as Ford also calls him, “a possibility model.”