The Chancellor’s Award for Service to WSU Vancouver is given at the discretion of the chancellor to recognize and salute selfless dedication and commitment to the WSU Vancouver community. The award honors an individual who expresses that commitment through participation in campus activities, leadership on behalf of WSU Vancouver and dedication  of time, talent and resources toward advancing the university’s mission. 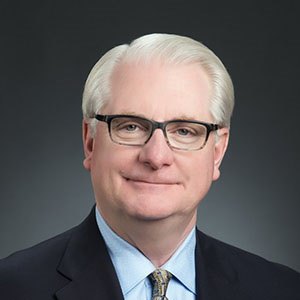 Mike Worthy is a passionate Coug with a drive to elevate the university’s mission. To call him a super Coug might actually be an understatement.

A Vancouver resident, Worthy has been a WSU Regent since 2006. Among his many leadership positions at WSU, Worthy served as chair of the Presidential Search Advisory Committee to select current president Kirk Schulz, a member of the Chancellor's Advisory Council for WSU Vancouver and the WSU Foundation, and past president of the WSU Alumni Association.

Worthy has long held an interest in advancing higher education in the state of Washington. He served on the Washington Higher Education Coordinating Board and was chair of the board's fiscal committee before becoming a WSU Regent.

As a Regent, Worthy has provided a strong voice of support for WSU Vancouver students, faculty and staff. He remains active on the WSU Foundation Board of Trustees and philanthropically supports student scholarships, sponsors numerous events and activities for the Vancouver campus, and remains a trusted advisor to the chancellor.

Worthy is co-founder, president and CEO of WW Payment Systems, Inc., a financial services company focused on the commercial trucking industry, headquartered in Vancouver. He is generous with his time, speaking to business classes about his experience in the banking industry and making himself available to meet with students to share his knowledge. He received his bachelor’s degree in business administration and economics from WSU Pullman.

This is not the first time Worthy has been recognized for his contributions to WSU: He was awarded the WSU Alumni Achievement Award in 2002 and the WSU Foundation's Outstanding Service Award in 1996.